Report to the Community

In 2021, we had an average daily caseload of 1,583 children. Nearly all (97 percent) of these children were living in a family environment: 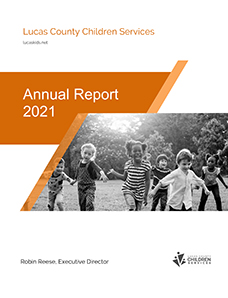 Receive periodic newsletters and other information about the activities at Lucas County Children Services.