Lucas County Children Services operations are funded largely (52%) by two property tax levies that are periodically placed before voters for re-approval. Thirty-six percent of the agency’s revenue comes from the Federal government, largely in the form of adoption reimbursements. LCCS receives about eleven percent of its funding from the State of Ohio, and the remaining one percent from other sources.

As of 2021, LCCS had an operating budget of approximately $51 million. 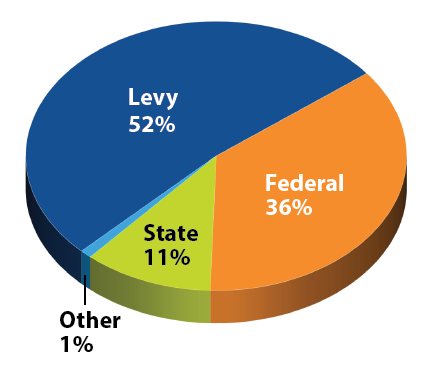 *The 1998 levy replaced the 1982 levy, which was generating revenue based on 1969 property valuations. Because it was based on current property values, the reduced rate of 1.25 mills actually yielded more revenue than its 1.5 mills predecessor.

Receive periodic newsletters and other information about the activities at Lucas County Children Services.